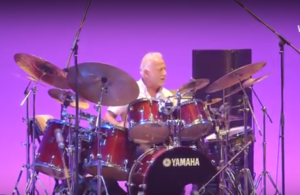 Howie Silverman started playing the drums at the age of 9 years old. His greatest influence at the time was Buddy Rich which inspired him to study and practice very diligently every day. At the age of 14 he played his first professional engagement.

At the age of 16, Howie auditioned for the world renowned drum teacher, Jim Blackley who was living in New York City at the time. He studied with JB for 2-1/2 years. It was a life changing experience. Jim encouraged him to further his studies in piano and composition. Combined with building his career as a professional drummer, Howie studied classical and jazz piano, composition and orchestration.

His reputation as a session player and performer continued to flourish, leading to performances and recordings with Hagood Hardy. Howie also earned a reputation as a high-level sight reader and time-player, touring and performing with great jazz legends Sam Noto, Art Farmer, Joe Williams, Pepper Adams and Phil Woods.

Howie was also very involved in developing  percussion skills with John Weir of the Toronto Sympony Orchestra; this lead to studying the vibraphone. Over the next several years he performed in a number of orchestras for a variety of live theatre musicals. While living in the city of Toronto, he was fortunate to have performed and recorded with Rob McConnel, Doug Reily, Peter Appleyard, Phil Nimmons, Ed Bickert and Moe Koffman.

In the mid 1990’s Howie met Dizzy Gillespie and toured the globe for 4 years. Clearly this was the high light of  his career. Dizzy was a mentor whose life stories and musical experiences influenced and inspired Howie to greater levels of accomplishment.

Currently Howie is living in the Toronto area where he has a wonderful practice and recording studio.  He teaches piano, composition and drums as well as promoting concerts where he performs and records original compositions.